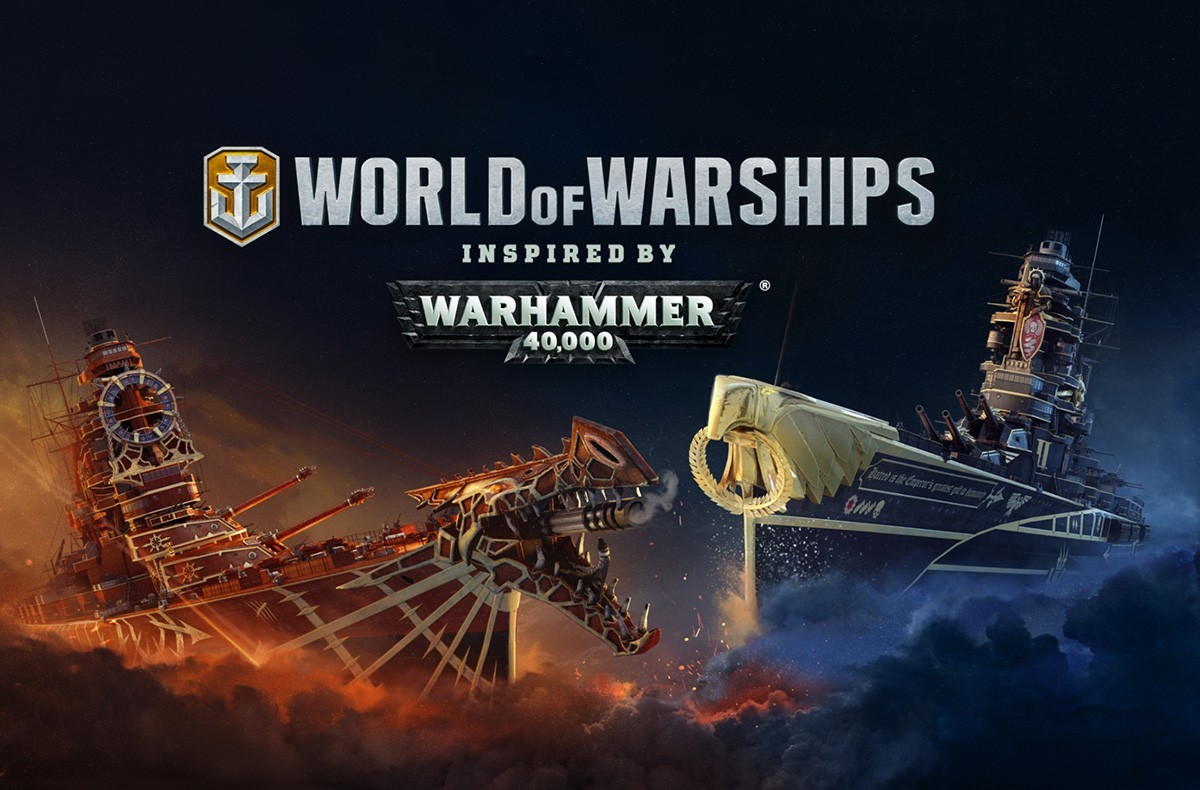 We’re happy to announce the next stage of the collaboration between World of Warships and Warhammer 40,000! We’re going to celebrate the 41st Millennium in the World of Warships universe. Expect plenty of themed items for use in battles!

Special Content for World of Warships ● Chain of Combat Missions ● What Is Warhammer 40,000?

The 41st Millennium is back in World of Warships. To celebrate this, special items are set to once again appear in the Armory and Premium Shop: ships

VIII Ignis Purgatio; Commanders Justinian Lyons XIII and Arthas Roqthar the Cold, with their own unique voiceovers; and much, much more! 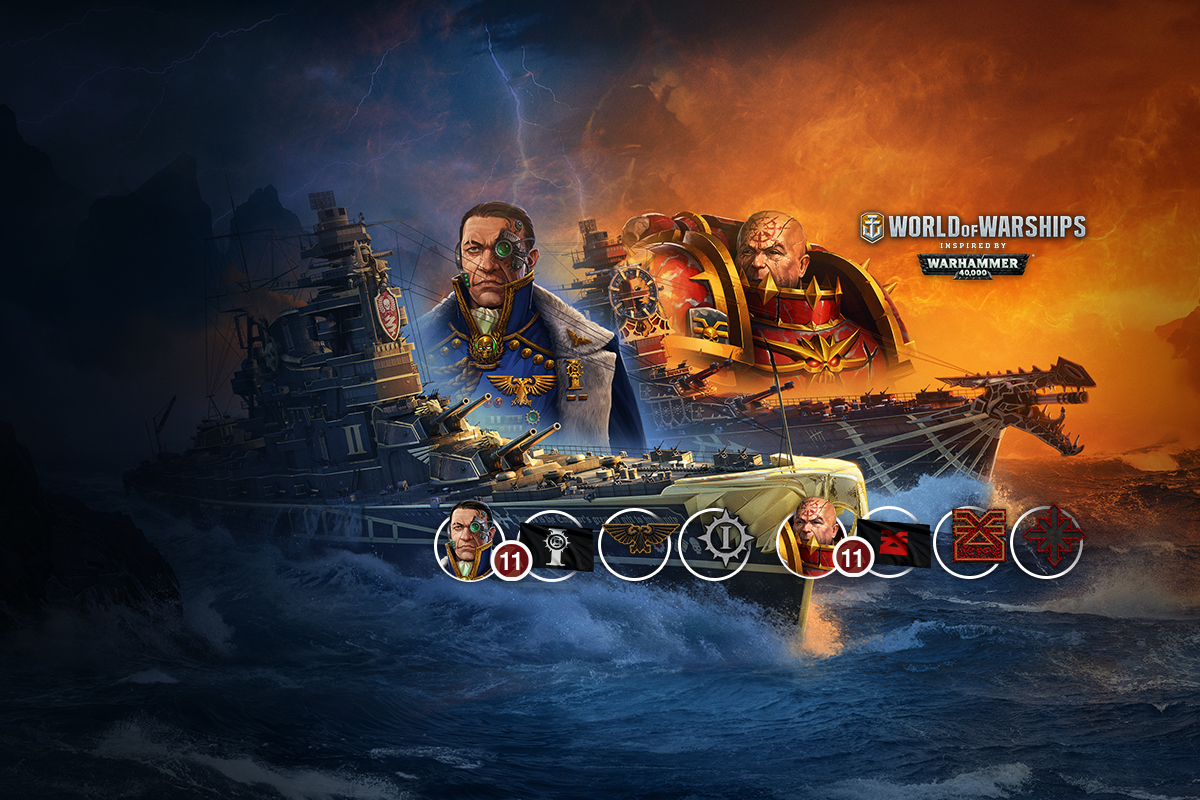 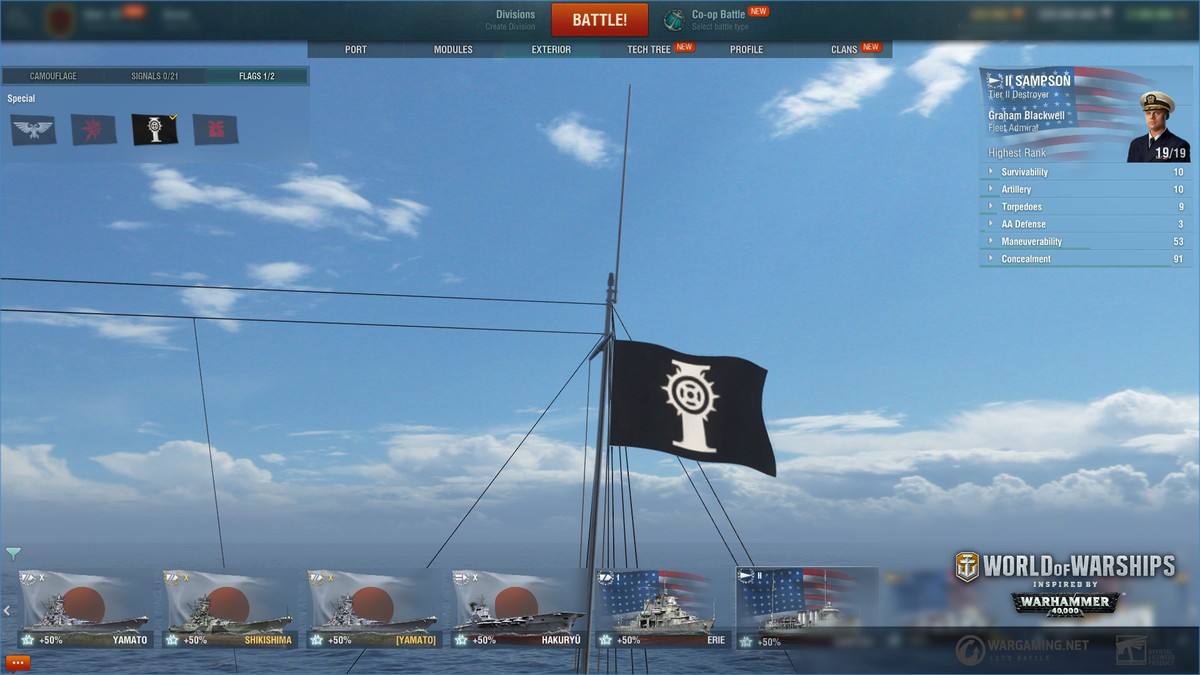 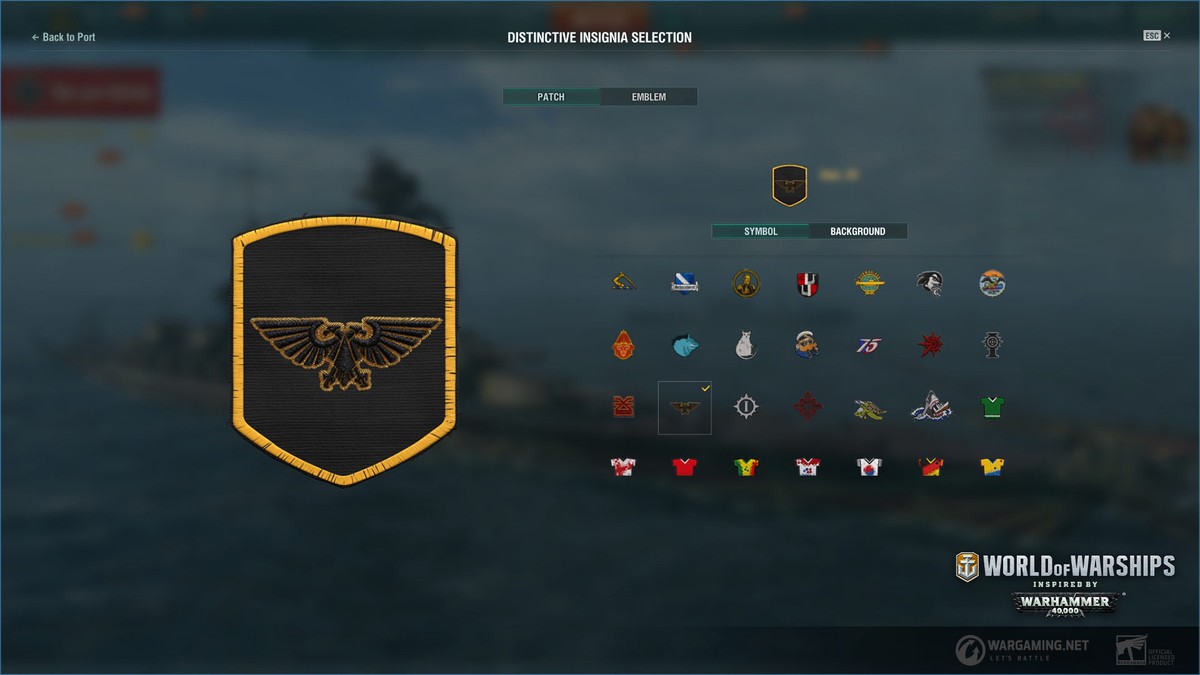 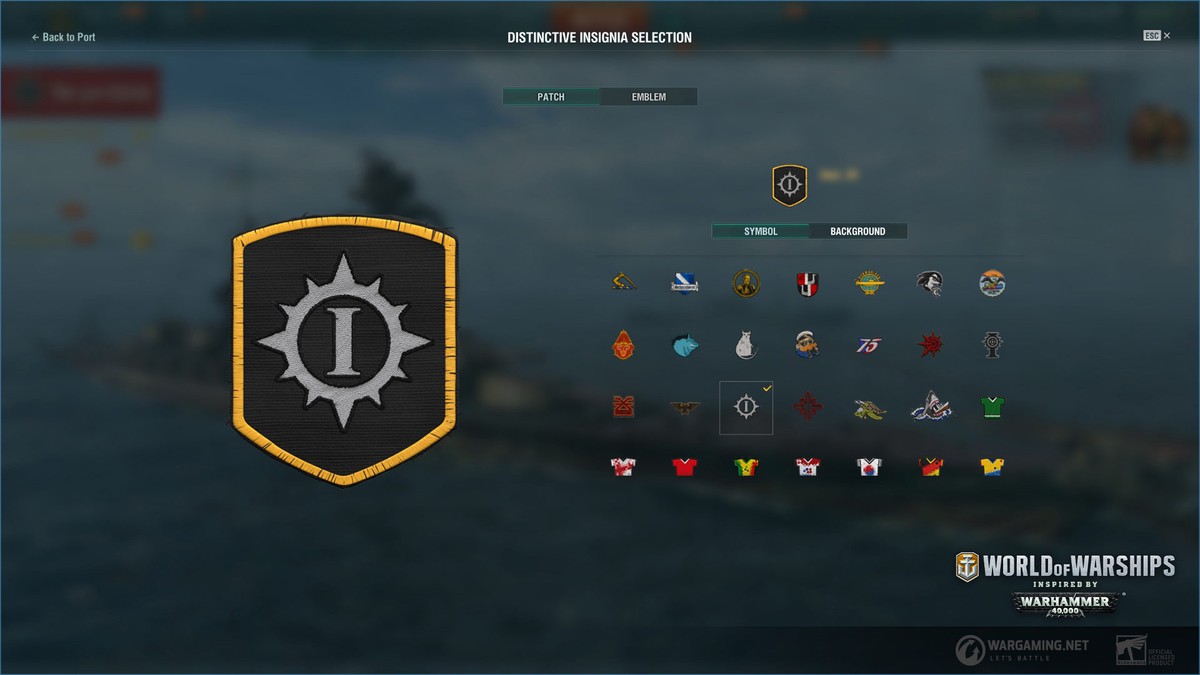 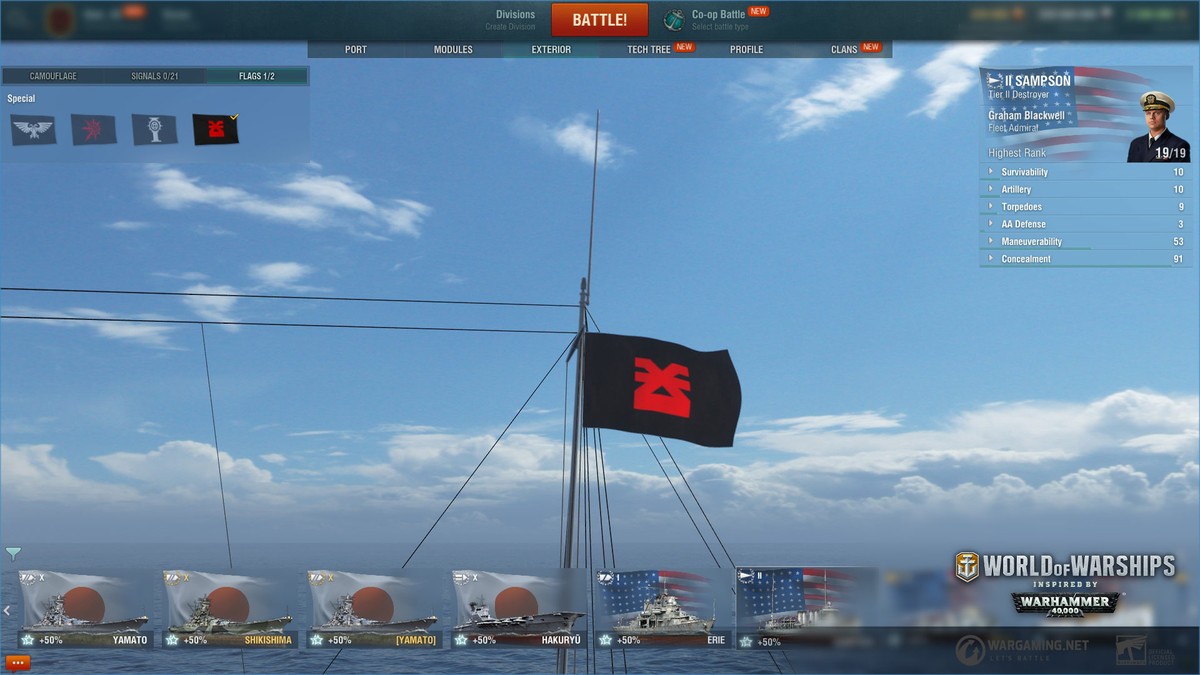 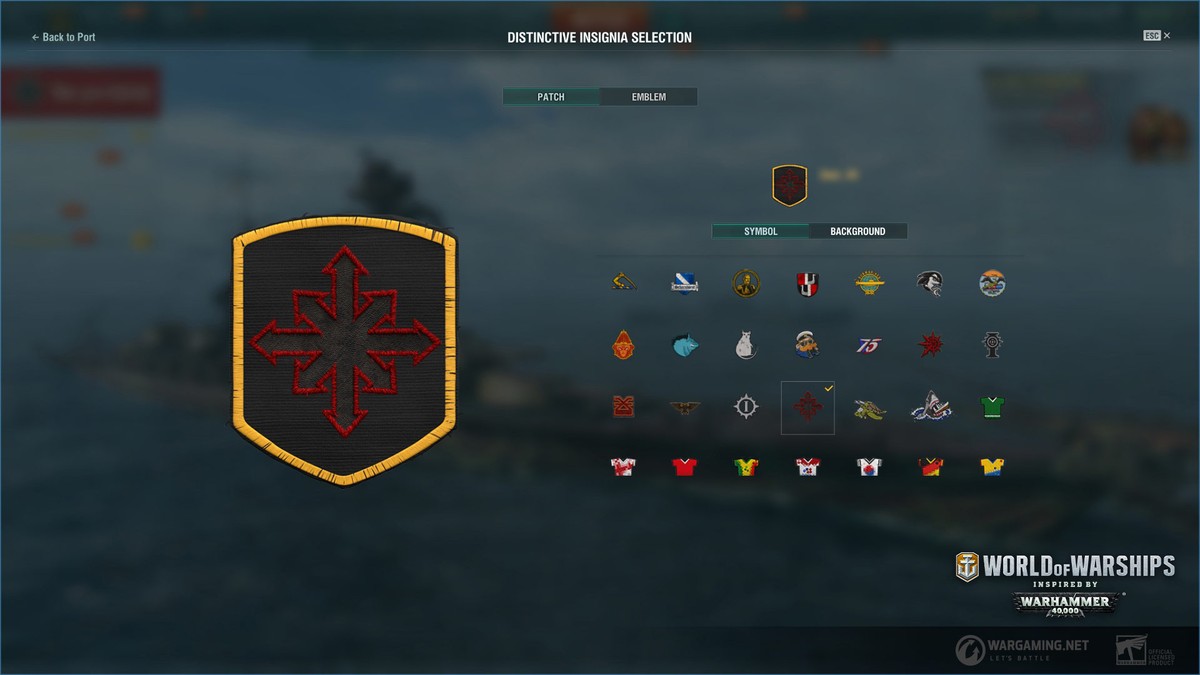 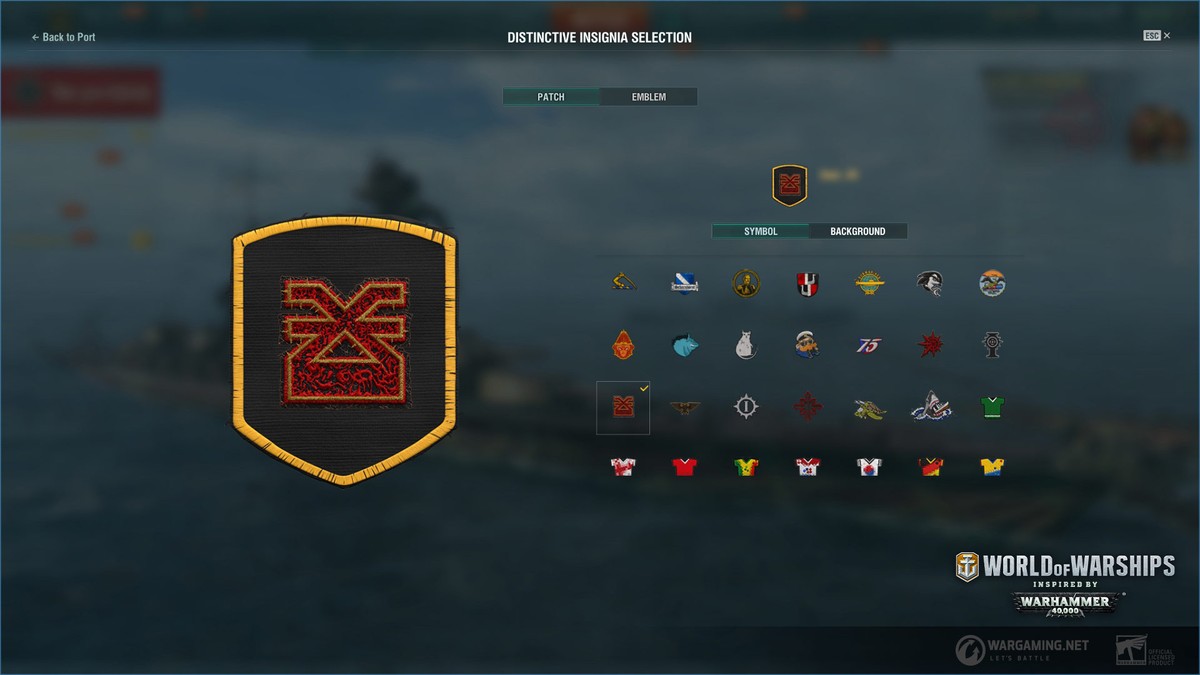 VIII Ignis Purgatio, await you in the game! 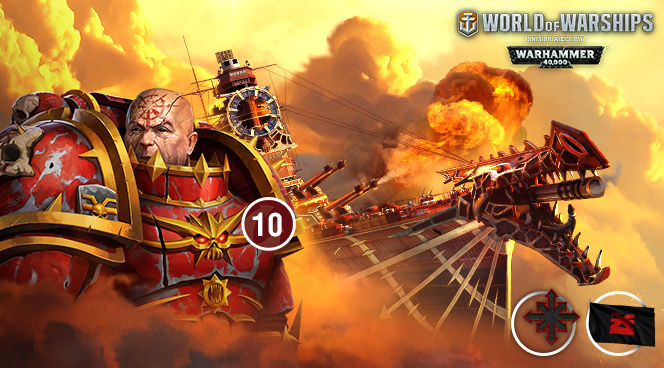 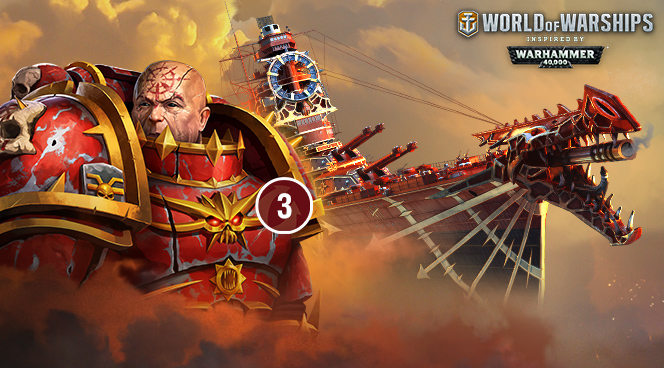 VIII Ragnarok is an immeasurably ancient vessel, a relic of days long forgotten. It was built in the shipyards orbiting a world of proud and fearsome warriors. Though the citizens adhered to the Imperial creed and paid their tithes, secret cabals on the planet’s surface worshipped Khorne, the Lord of Rage. Their cults were strong. They were hated. They were in a minority. At the appointed hour, they rose up and tried to overthrow their loyalist masters. They failed. They were defeated in a long, bloody war and all, to a man, perished in flames. Their names were wiped from history. But the fickle whims of the Warp decreed that their vengeful spirits would forever haunt the vessel Ragnarok, whose hull was being constructed in the docks above the planet’s surface. To this day, Ragnarok and all aboard it cry, “Vengeance! Death! Blood for the Blood God!” 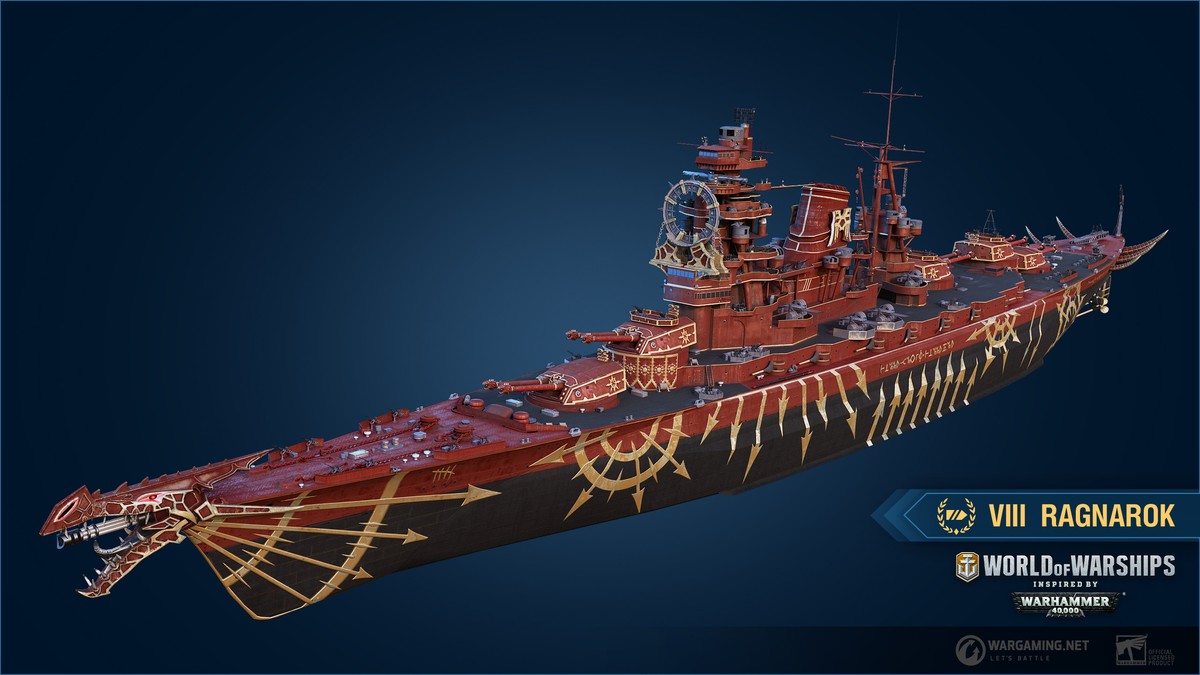 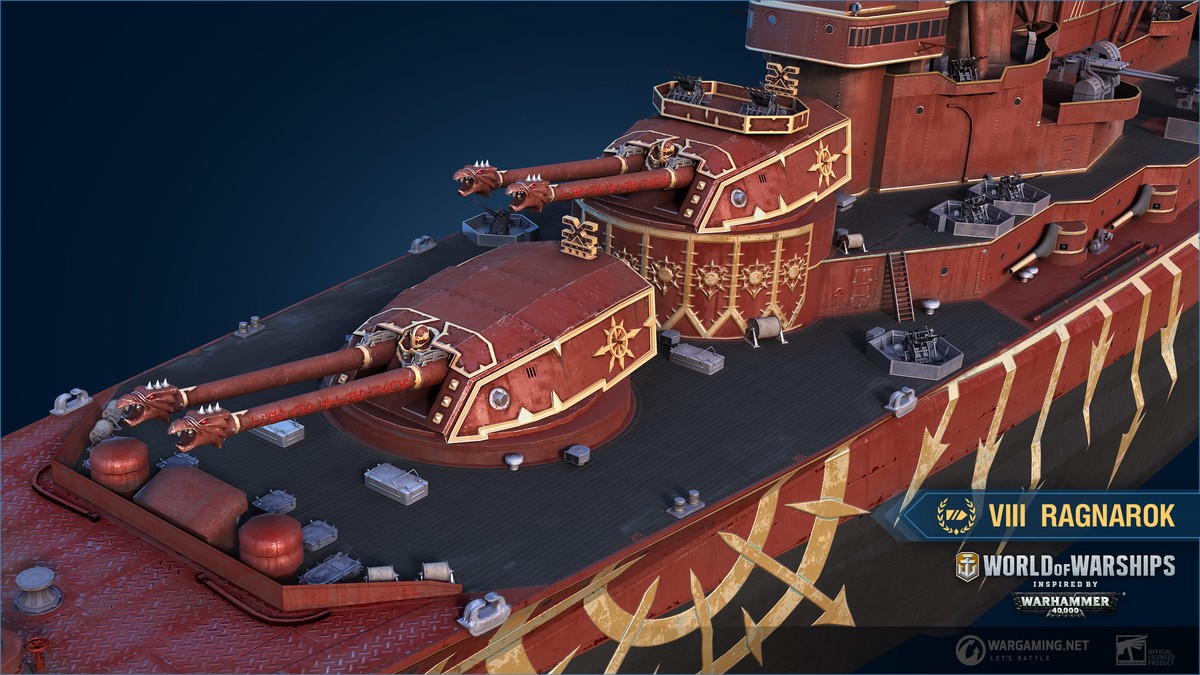 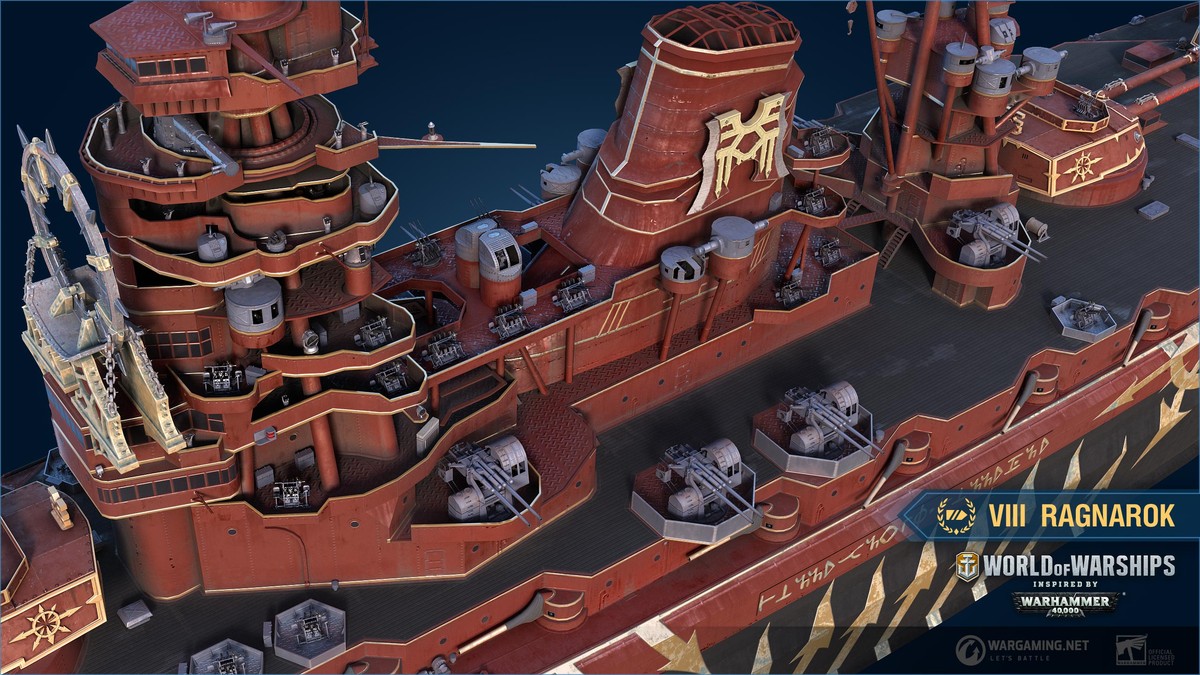 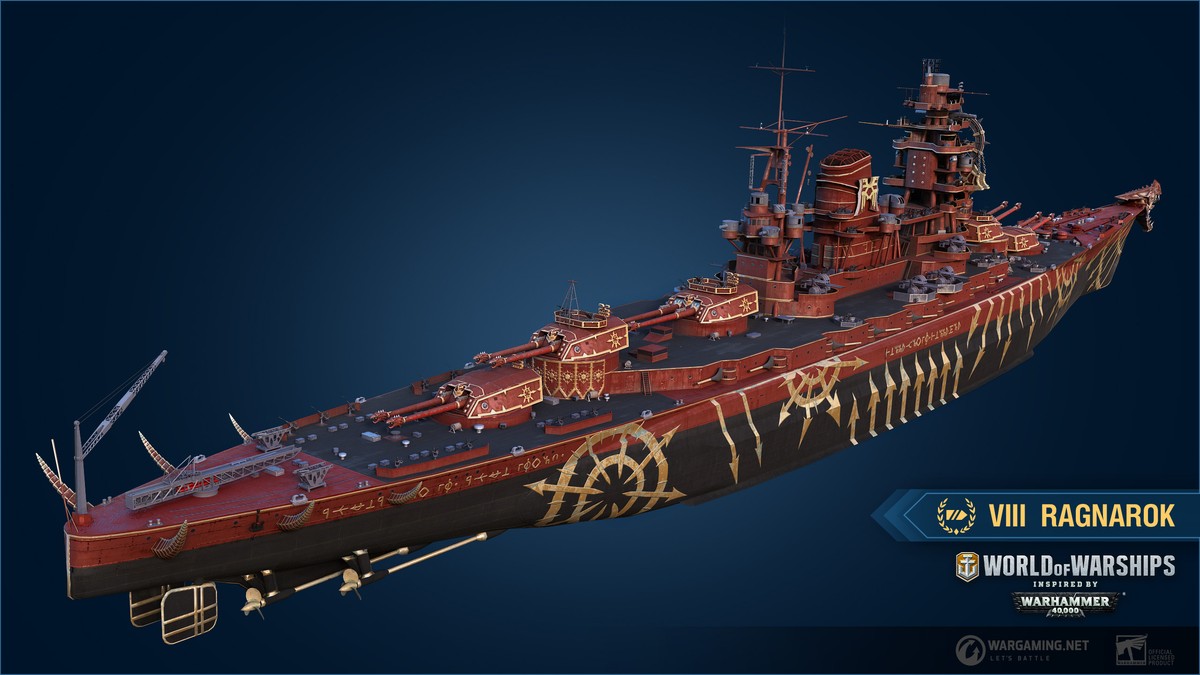 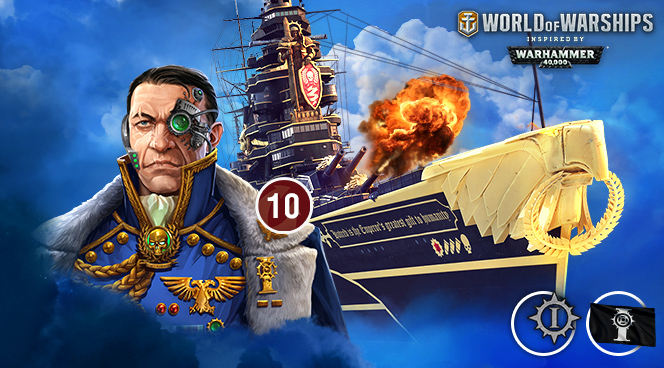 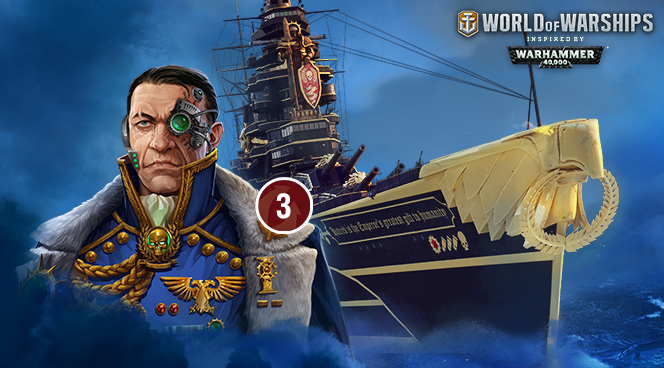 Originally designed for a Naval mission with a purpose now long forgotten,

VIII Ignis Purgatio was lost during the Horus Heresy. After going missing for several millennia, the ship was rediscovered on one of the Frontier worlds in the Jericho Reach. Though clearly a warship, it was put to use as a transport by its new, uncouth masters who failed to recognize its true potential. After undergoing intensive repairs and cleansing its quarters of its previous inhabitants, Ignis Purgatio was eventually returned to Imperial Navy service and, since then, has become an essential component of Battlefleet Solar. Once again, it acts as a fearsome guard dog for humanity and, by proxy, the Emperor Himself. 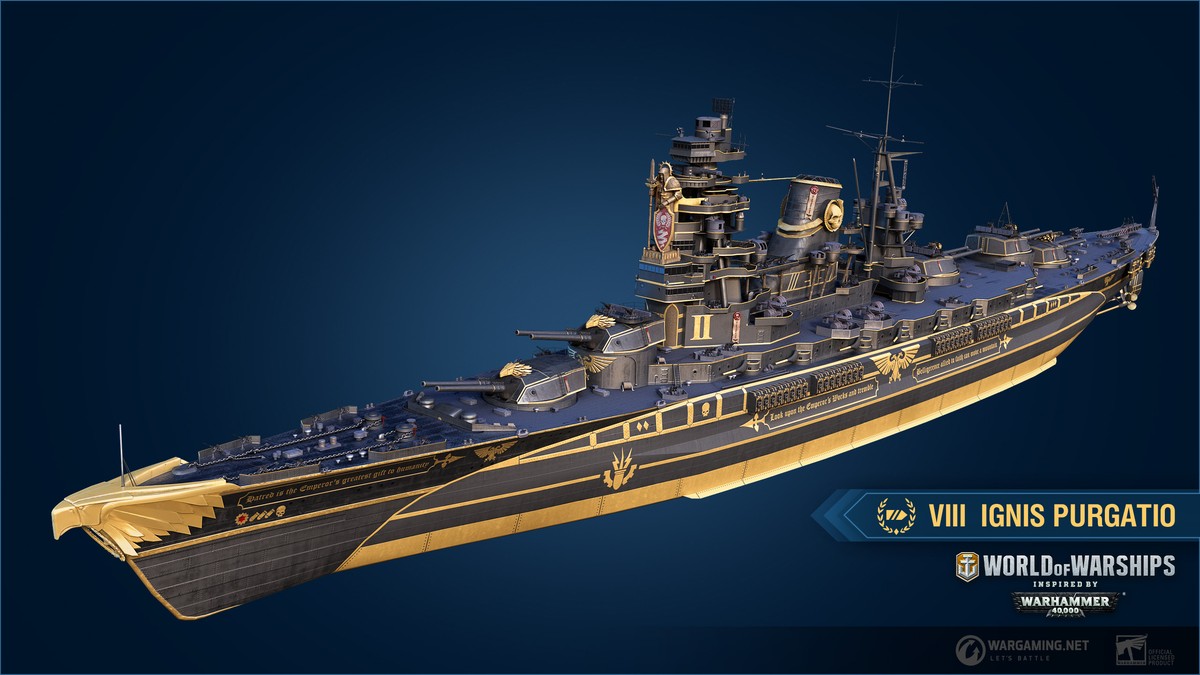 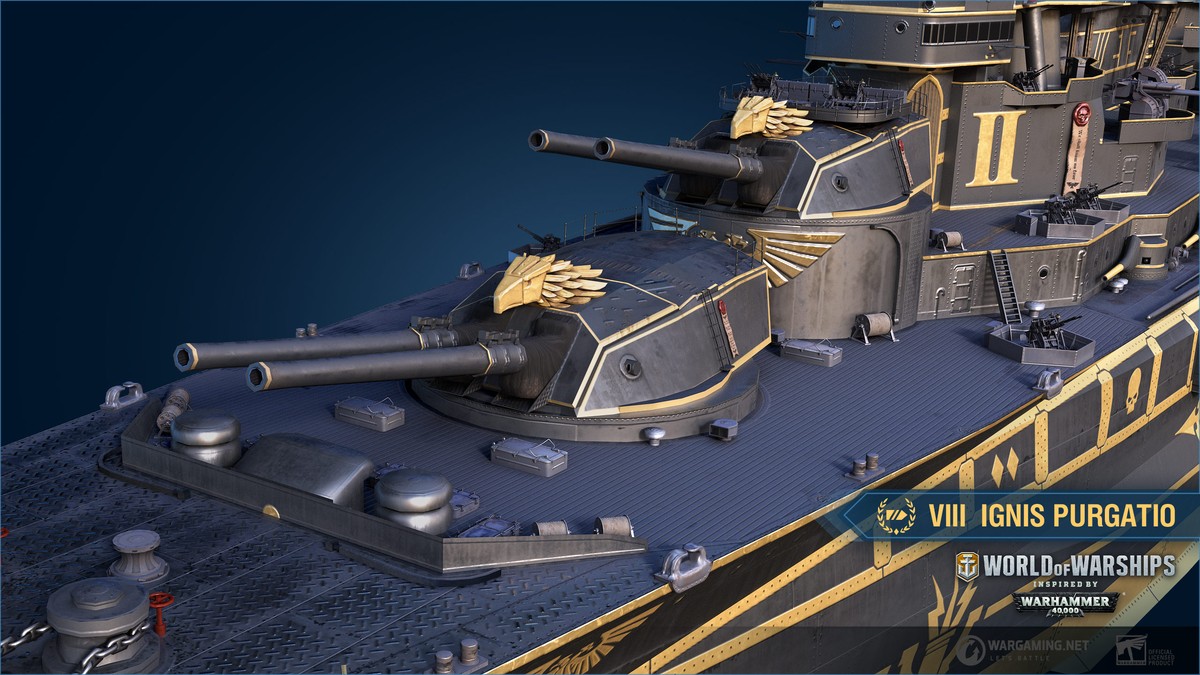 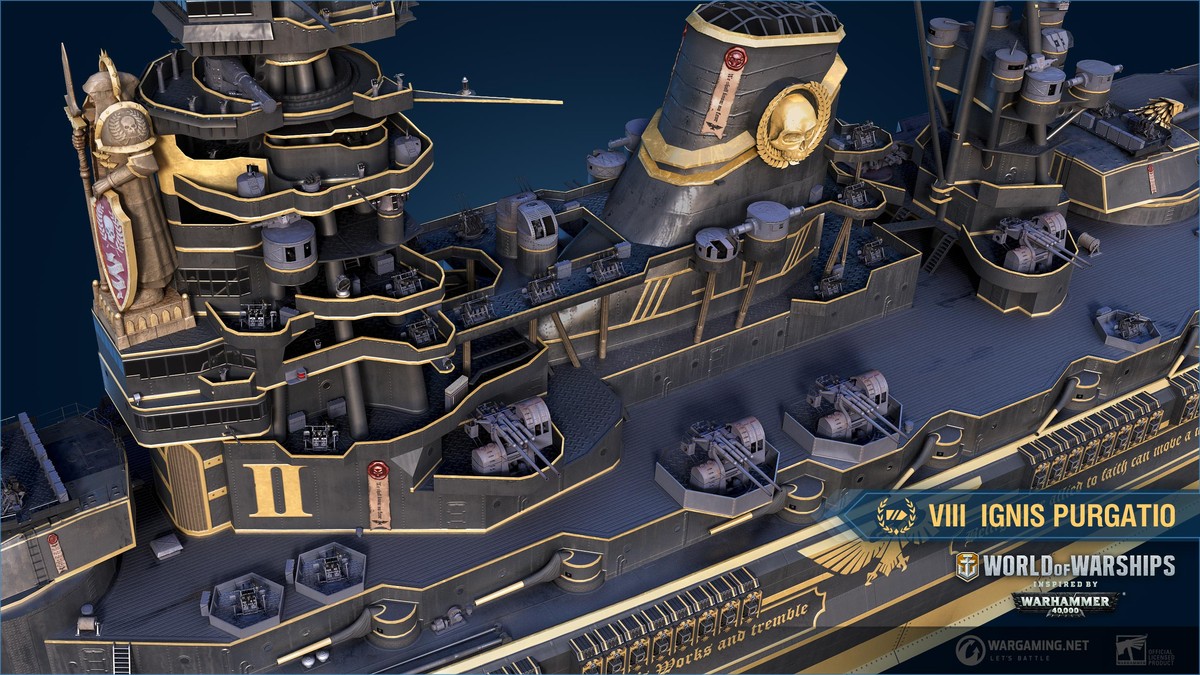 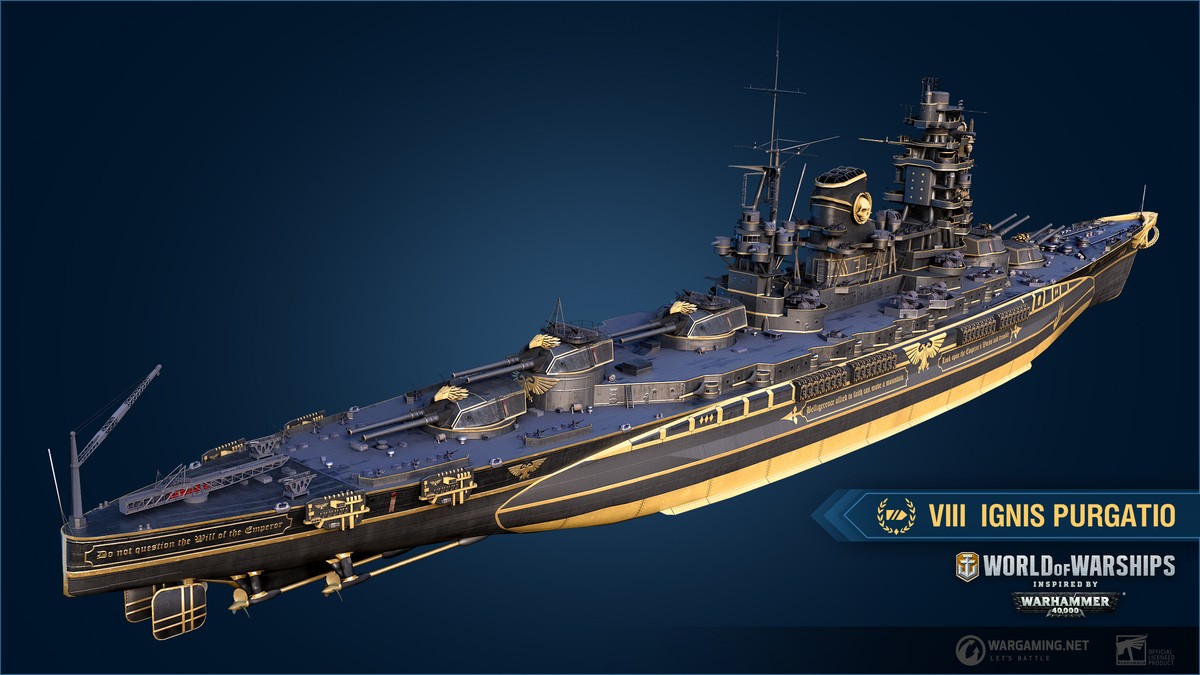 Two Commanders also await you: a valiant naval officer of pious military lineage—Justinian Lyons XIII, and an aspiring Champion of Khorne—Arthas Roqthar the Cold. Each Commander has their own unique voiceover!

The new Commanders are available only in bundles with the Warhammer 40,000-themed battleships.

Here are some voice samples—take a listen!

Blood for the Blood God! SKULLS FOR THE SKULL THRONE!

You can find one of the following rewards in a “Warhammer 40,000 — Chaos” container:

Glory to the Emperor!

You can find one of the following rewards in a “Warhammer 40,000 — Imperium” container: 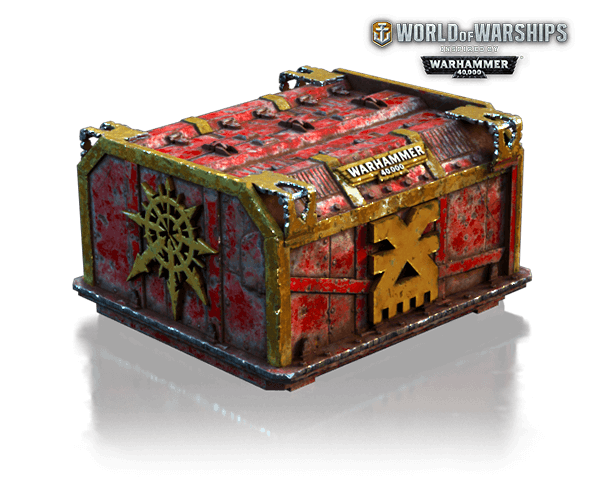 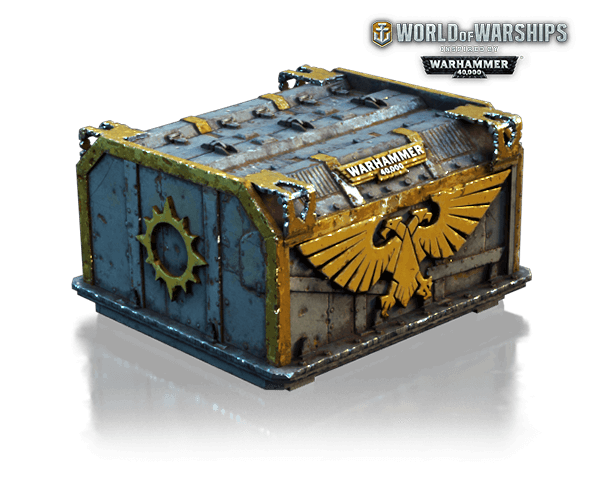 Want to get hold of our new themed camouflages and containers? Click “Participate” to gain access to a special chain of combat missions.

To complete the chain of combat missions, you’ll need to accrue potential damage and earn “Set on fire” ribbons, Credits, and XP. As a reward for completing stages of the chain, you’ll receive Primordial Annihilator and Protector of the Faith camouflages. As the final reward, you’ll get one “Warhammer 40,000 — Chaos” container and one “Warhammer 40,000 — Imperium” container.

You can complete this chain of combat missions in Operations, Brawls, Random, Ranked, and Co-op Battles, playing Tier V–X ships.

From Warhammer 40,000 containers, you can get themed expendable camouflages or a Premium battleship with a themed permanent camouflage and Commander with 10 skill points. 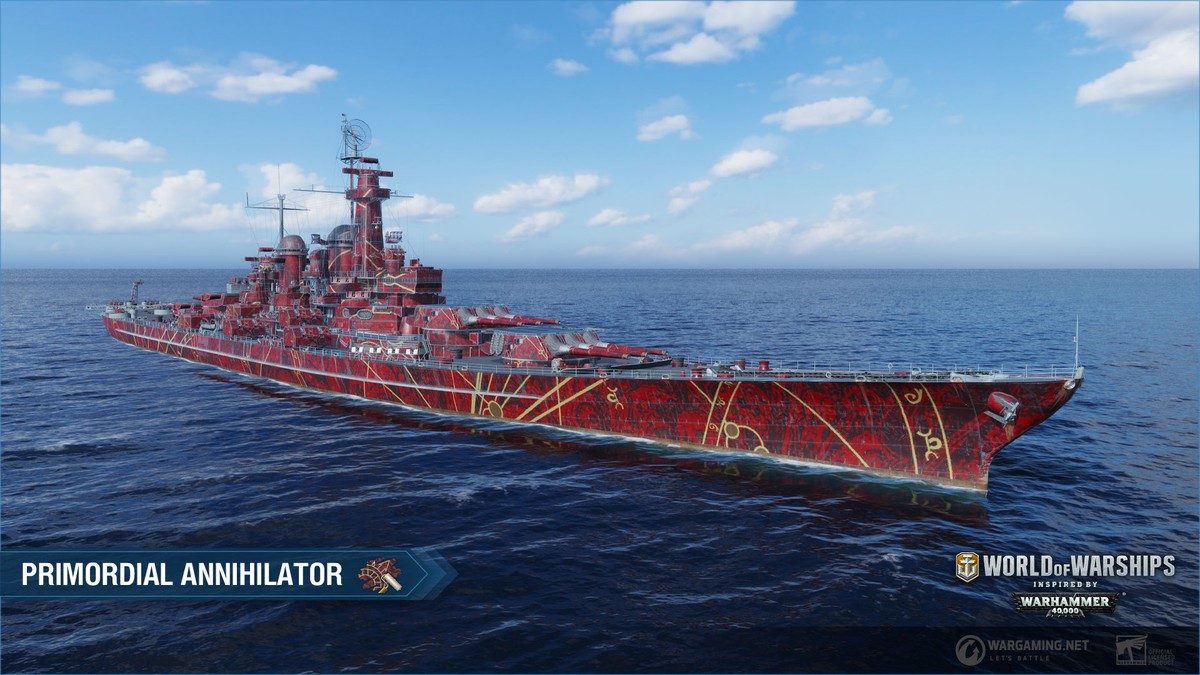 Protector of the Faith expendable camouflage 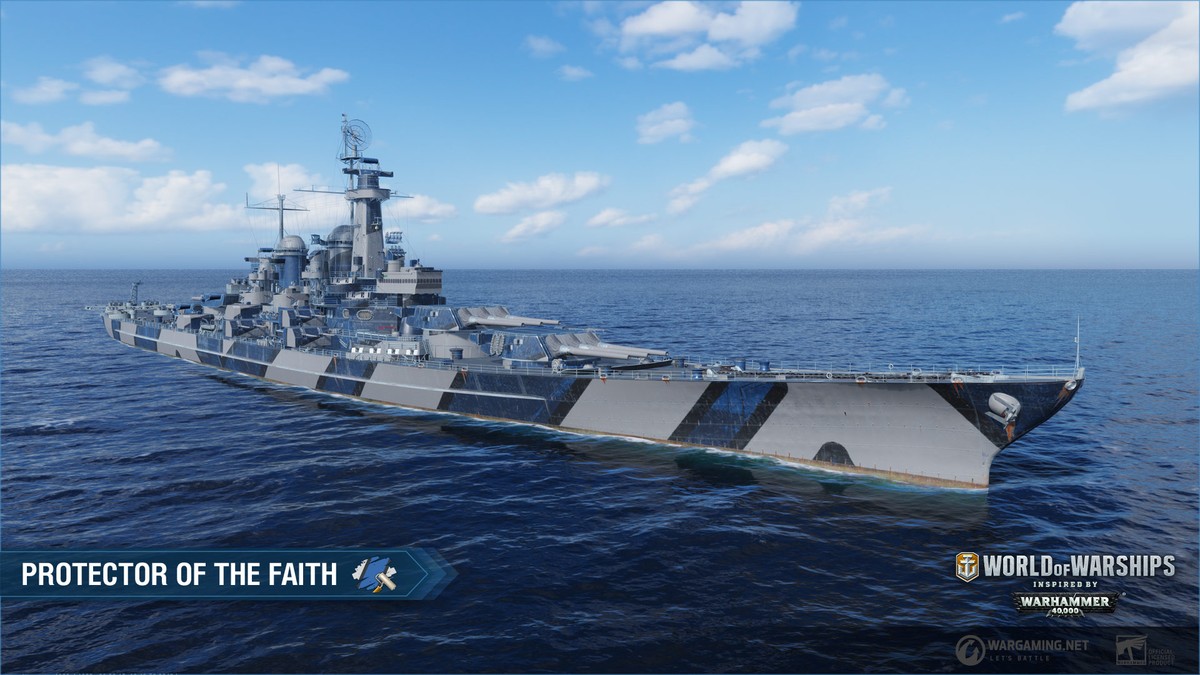 Warhammer 40,000 is the pinnacle of tabletop wargaming. Produced by Games Workshop, its distinct visual style blends elements of science fiction and fantasy to create a beautifully dark atmosphere that has amassed a massive following over the years. Today, the universe has expanded to video games, novels, comics, and more, garnering a huge following around the globe.

Together with Games Workshop, we’ve created something that stays true to the renowned fantasy IP and also resonates with our universe of naval battles. 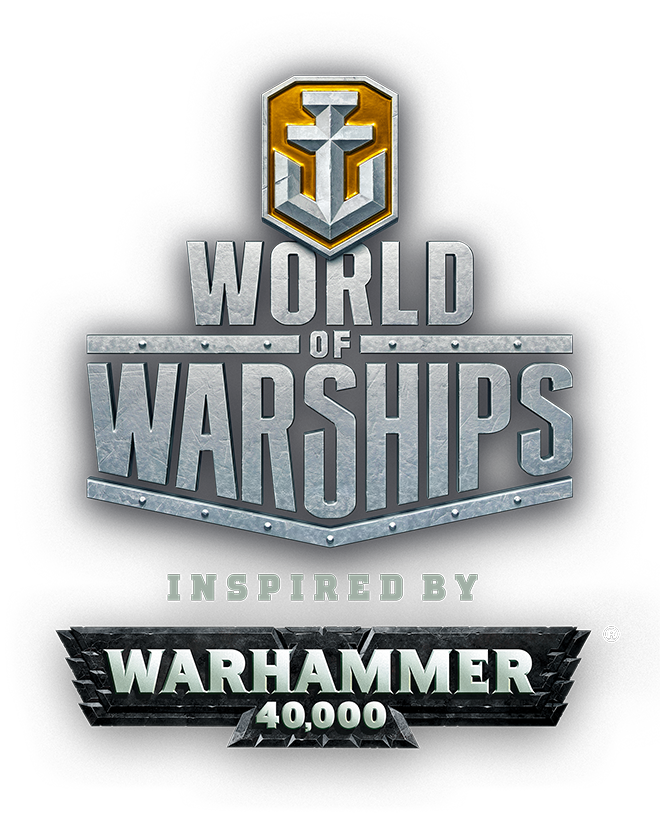