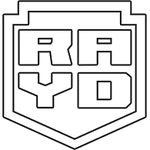 In a tournament filled with action-packed, incredibly close games and magical comebacks,

In the first matches,

are forced to admit defeat and drop down into the Loser’s bracket.

. The upper bracket journey for

comes to an abrupt halt. After a nail-bitingly close fight between

Lurking in the lower bracket was

; a team responsible for disposing of all other contestants. Nonetheless, these efforts were in vain as

proved they had learned from their day-one mistakes and made short work of their rivals from Germany.

quickly securing three match points with a score of 3-1. The representatives from

however, reluctant to give up, managed to surmount all odds against the Polish team smashing off three tie-breakers in a row in an astonishing comeback and even followed it up with a crazy tiebreaker-win on Ensk. Congratulations!


After several matches against

this weekend, we succeeded in winning the tournament. In the Grand Final against

, we first fell behind and

took a 1:3 lead. Staying mentally strong, we started a comeback and even won 4:3 with a reverse sweep at the end of the day. We are extremely happy that we managed to win a tournament for the second time and that it didn’t remain a “lucky” victory. Our team constellation was relatively well-rehearsed, so we had a great routine. Thanks to everyone that was cheering for us, and helped us prepare and obviously our players and leaders that made the win happen. We look forward to the next tournament.


for this winning this tournament!

Thank you all for watching, and heartfelt congratulations to all the teams for their sporting attitude during the event.

with aggressive moves showing that they are an underdog to be taken seriously with this great push.

There were many close games, but sometimes it is a matter of seconds and only one shell that decides the match.


Day 2: The comeback battle in the final for R4YD

While half the audience had almost declared

make their comeback and then take 3 games in a row.