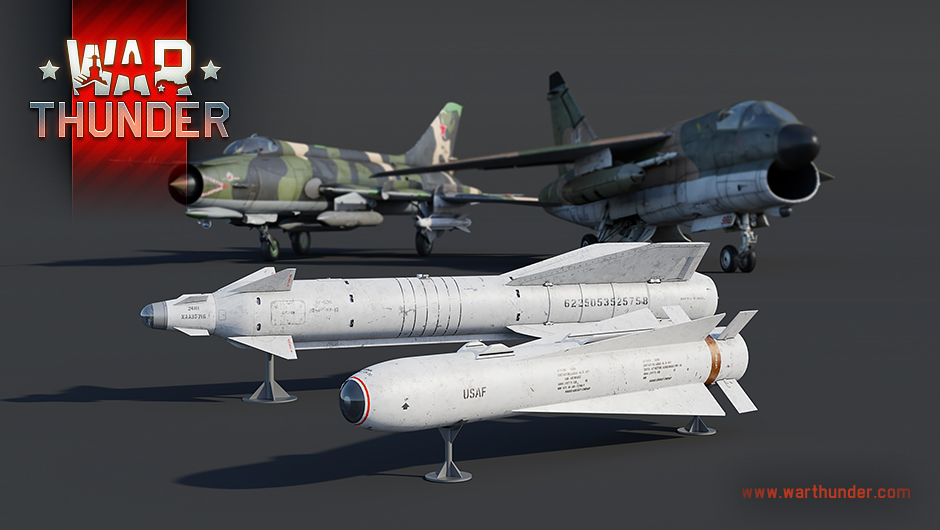 Several models of tactical air-to-surface missiles will be added to the weapon presets of both new aircraft and aviation already researched by players. Two of them are really special, let’s take a closer look.

The Soviet Kh-29L is currently the largest guided missile in the game with a mass of 317kg for an armour-piercing high-explosive warhead. The missile was first tested in combat during the war in Afghanistan and has since been used and modernized for the needs of Russian aviation, and also for export. The Kh-29L has a laser homing system, so the launch of a high-precision weapon can be detected by a potential victim – if there are detection devices, of course.

The American AGM-65A Maverick missile, which will also appear in the “Ixwa Strike” update does not have this drawback. The electro-optical tv guidance system, yet unique to the game, will not permit the detection of the missile’s targeting, the missile works in “fire and forget” mode. The disadvantage of an electro-optical television seeker is that the missile cannot be guided in poor visibility conditions: at night, in fog, heavy rain, or through clouds.

In our previous updates, we brought you new hit effects for aircraft and large-calibre naval guns. Here comes a global update for hit effects for all weapons in the game – aircraft, armoured, naval – for all calibres from 7 to 205 mm! Changes in the nature of the hit effect are especially visible when shooting at solid surfaces: concrete, metal, asphalt, soil, etc. In general, we have created a unified hit effect system for different types of projectiles of different calibres on different types of surfaces – more than 120 new effects in total! New hit effects will be added to the game in the near future.

In the vehicle card, when you hover the cursor over the different types of shells available, you will see a visual animation of the types of impact of the shell on the target. For example, armor-piercing effect causing shrapnel inside a tank or ship, the explosion of a proximity fuse shell to hit an air target, the action of an ATGM shaped-charge jet, and so on. These animated clues will help players to navigate in a huge variety of ammunition for all types of vehicles – land, air, and sea. 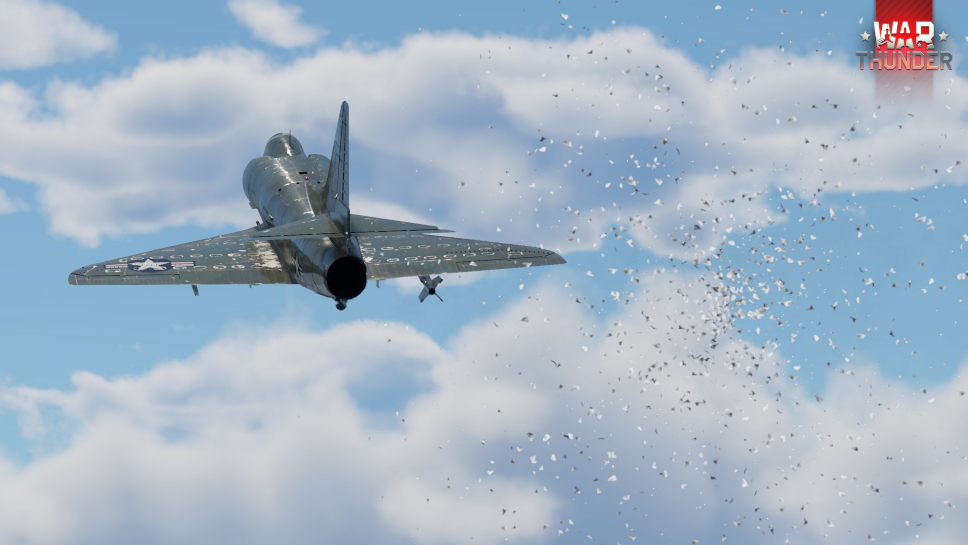 In the “Ixwa Strike” update, another means of radar countermeasures will be introduced in the game – dipole radar confusing reflectors, or ‘chaff’. Dipoles are a simple, cheap, and therefore a very common means of electronic countermeasures. These are small objects (strips of foil, metallized paper or fibreglass) that shoot out like a cloud behind the aircraft as a decoy target to defend against radar-guided missiles. Like the flares, dipole reflectors can “trick” an enemy missile, guiding it off course, initiate the proximity fuse of a chasing missile, or act as a decoy target for enemy radar.

Check out the full article here![warthunder.com]