Get your first look at the acrobatic, no reloading shooter as it deftly slides towards PS4 later this year. 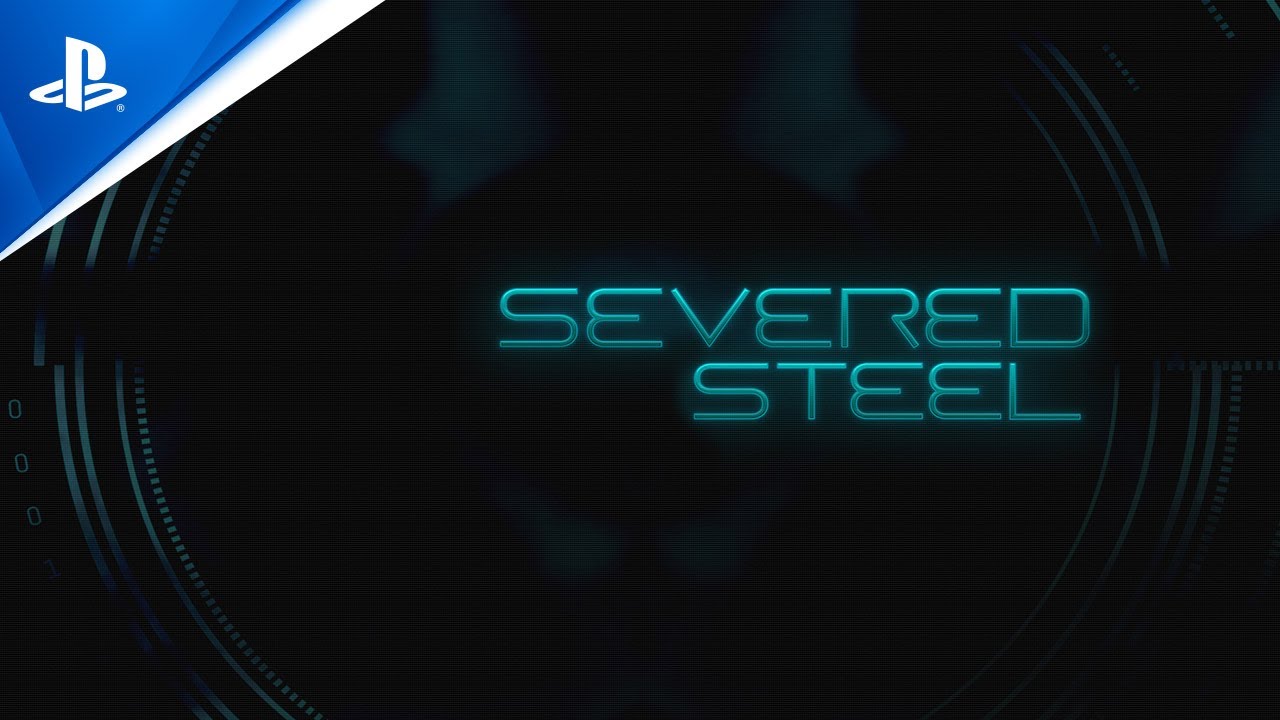 Maybe the most unique aspect of Severed Steel is its protagonist, Steel. Steel loses her arm in an accident just before the start of the game. EdenSys, the gigantic corporation responsible for her injury, decides to abandon her rather than help. The campaign is about Steel liberating others crushed under the boot of EdenSys while seeking revenge for her abandonment.

The missing arm concept came to me while thinking a lot about gameplay mechanics. I wanted to subvert the concept of reloading in shooting games, and I liked the concept of players constantly throwing, ditching, and picking up new weapons. I considered the idea of a one-armed character. Someone that would find creative ways to keep well-stocked with ammo in the midst of battle: rather than worry about reloading, they’d use their agility to steal weapons from enemies’ hands. Having a one-armed character who can’t reload opened a lot of unique gameplay. But the decision to have a protagonist with one arm meant I was dealing with a subject outside my own experience. And if the game were to star such a protagonist, it must be playable by people who can relate to Steel’s experience.

Before committing to the character design I researched what it is like to be a gamer with one arm. Through that I discovered a lot. For instance: Did you know there is a vibrant community on YouTube of highly skilled console FPS gamers who play with one arm? Taking my learnings from that, I made sure to include a custom button binding option to be dictated by the player. Once I was confident I could realize the character of Steel in an inclusive way, I committed to the design.

I knew I wanted Steel to be very nimble. In fact, the first thing I programmed after shooting was her dive ability. From there I added wall running, sliding, and flipping. I spent a lot of time thinking about how to encourage players to use these abilities. How could I nudge players towards enjoying the stunt system and not playing like a more traditional military shooter?

The solution to that was in enemy accuracy. While Steel is doing a stunt, all incoming enemy fire misses. Not only does this encourage players to enjoy the movement system, but it also looks great when enemy fire just grazes by the player’s screen as they fly through the air. Bullet time is a natural pair with the stunt system, and the player is given a generous amount to play with.

From the start I also knew I wanted a fully destructible voxel environment. I was able to leverage the power of Unreal Engine and Voxel Plugin to create highly stylish and completely destructible environments with super-fast performance.

After getting the destruction system up and running, I realized that guns alone weren’t enough to show off what the system could really do. I needed something more. This need helped inspire the idea for Steel’s arm cannon.

Over the course of the campaign, Steel gets an arm cannon mounted atop her residual limb. The arm cannon allows the player to exploit the fully destructible voxel environment to open shortcuts and rip apart the floor under enemies.

Thanks for taking the time to read about Severed Steel! We are entering the final stretch of development and look forward to sharing more information in the coming months.