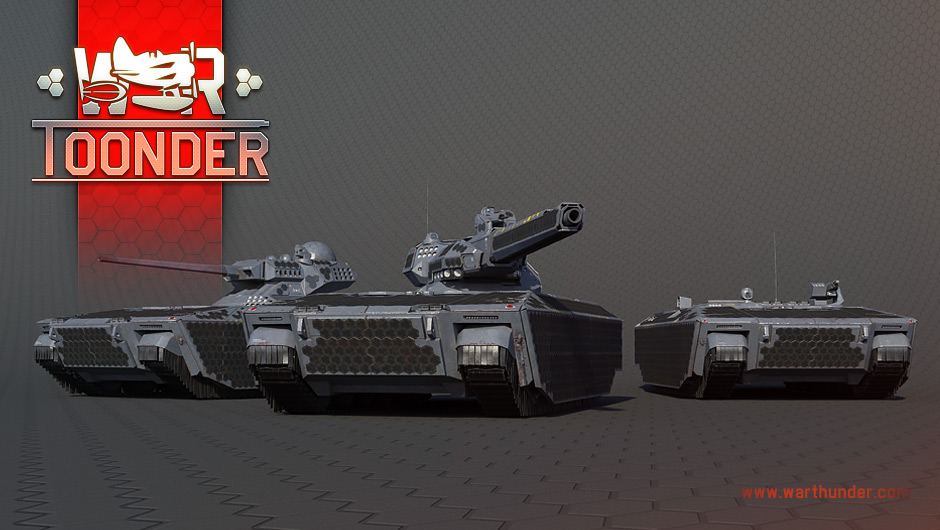 What will military technology be like in the future? Welcome to the battlefield of 2077: laser tanks, smart missiles, military drones and optical camouflage!

You get control of combat vehicles, the concept of which is considered perspective in modern armies of the world. This is war in a new way, using digital technology, the latest types of weapons and camouflage. 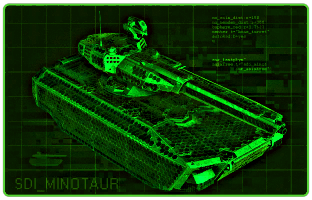 Developed in the late 2050’s, the Minotaur MBT is one of the best examples of 6th generation tanks. An unmanned turret, high-precision kinetic ammunition and missile weaponry, a complex of active protection, as well as an optical camouflage system that allows you to camouflage a tank in the visible and infrared spectrums.

The 140mm gun with composite barrel bore operates with several types of projectiles, including APFSDS, an armor-piercing cumulative projectile with a multifunctional remote fuse, as well as a guided shell able to detonate over a target. The Minotaur is the most heavily defended combat unit on the battlefield, capable of surviving multiple hits and, at the same time, effectively conduct combat operations, guaranteeing the highest level of safety for the crew.

The armoring around the crewed compartment is made from a special composite that does not create secondary fragments after penetration. This tank has the heaviest frontal armor package on the battlefield, supplemented by ERA modules on the hull’s upper and lower plates that gives the Minotaur protection against its own shell types at point-blank range. An unique complex of active protection capable of detecting and destroying most types of weapons at distance, including kinetic armor-piercing projectiles and airborne guided weapons. 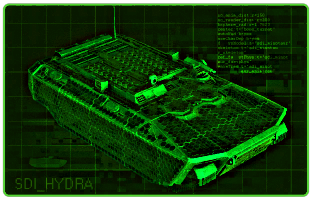 The Hydra missile tank is built on the single base with the Minotaur MBT. The vehicle is devoid of most active protection systems, but it provides a unique ability to engage targets from cover, including without direct visual contact with the enemy.

In the fighting compartment of the “Hydra” there is an installation for monitoring and launching vertical take-off missiles, the operation of which is provided in automatic or semi-automatic mode. To detect and lock onto targets outside of direct visual contact, the missile tank is equipped with a retractable periscope with a complex of digital-optical equipment, as well as an installation for launching “Gryphon” series reconnaissance drones/loitering munitions. The passive protection in the Hydra tank provides all-round protection and protection in the upper hemisphere from single hits of cumulative ammunition and missiles. 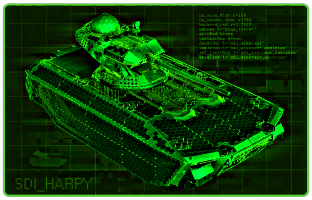 The unified “Harpy” air and missile defense complex is designed to detect and engage low-flying air targets of all types, including unmanned aerial vehicles and guided missiles.

The main calibre of the complex is a rapid-fire automatic cannon, with armor-piercing rounds, high-explosive fragmentation shells with an intelligent contact-remote fuse, as well as guided shells. The “Harpy” features surface-to-air “fire and forget” missiles. The automatic radar system “Aegis-11” includes a radar and a high-energy laser for detecting and hitting light air targets without operator input. 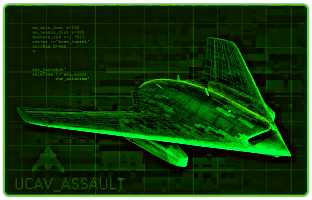 Designed to intercept and destroy air targets, as well as deliver missile and bomb strikes and defeat armored vehicles with high-precision weapons. It is controlled remotely via a digital encrypted communication channel.

The construction from high-strength composites and alloys allows the vehicle to withstand significant overload, which ensures a high level of maneuverability even at maximum combat loads. The modular pre-launch preparation of the drone makes it possible in the shortest possible time to configure the device to perform the combat missions of a fighter-interceptor, attack aircraft or fighter-bomber. Light-absorbing panels in the hull plating provide the device with an average level of resistance to laser weapons.

Check out the full article here![warthunder.com]